How to Get Out of Tutorial Hell 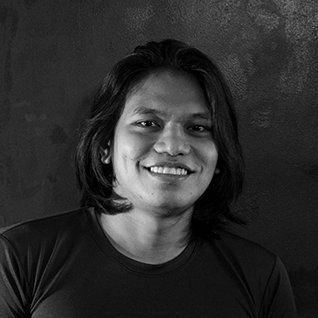 Many beginners are trapped in tutorial hell. Usually there are multiple reasons for starting out. Some are motivated by curiosity, others by the fear of being exposed as a fraud. In either case, the “impostor syndrome” is the main culprit behind this feeling. In such cases, a person keeps repeating the tutorials on loop without any real growth. This way of learning is counterproductive because beginners cannot develop by being spoon-fed.

If you’ve been stuck in tutorial hell for too long, you’re not alone. Many people suffer from the “Impostor Syndrome” – the fear of being exposed as a fraud. As a result, they’ll keep following tutorials over again, feeling like they’ll never achieve the same level of proficiency. However, you can overcome tutorial hell by breaking up complex concepts and pairing them with basic concepts.

The most important thing that you can do to get out of tutorial hell is to experiment. After finishing the tutorial, try building something on your own. Try to find an open source project on GitHub and download the code from there. This will give you a good feel for how to build a project, and you’ll learn something new every time. However, remember that you’ll still be using Google – it’s part of life!

When you’re stuck in tutorial hell, you’ve probably been learning the basics, but don’t know where to start. While you might be able to replicate the actions of the instructor, you’ll have trouble understanding how to build something from scratch. This is when experimentation comes into play. It’s an excellent way to learn how to make a program more practical and useful. By building a Twitter clone, for instance, you’ll learn how to implement the same features of the Twitter platform in your own code.

To learn to program in a practical way, you have to abandon the comfort zone that comes with following tutorials. Then, you have to stop relying on the ‘pros’ and start writing your own code. This requires a lot of effort, but it’s well worth it. Once you start experimenting, you’ll realize that you are much better at programming than you’d think.

Once you’ve finished a tutorial, you may feel lost. The same feeling can occur when you want to write your own code or build a project, but you have no idea where to start. You’ve just finished 83 tutorials and still don’t know what to do next. To get out of tutorial hell, you must break down the complex concepts and pair them with simple ones. You might also have a feeling of insecurity, which means that you keep repeating the same tutorial over.

The best way to overcome tutorial hell is to experiment. Try building a project from scratch. Review it and add features. This way you’ll know if you’re making progress and have learned something new. This method is also better than tutorials because you can reach out to a dev you admire online. You’ll be surprised by how quickly you’ll feel successful once you break out of tutorial hell.

The best way to avoid the pitfalls of tutorial hell is to focus on building projects as early as possible. Instead of completing an extensive project, start small by building a simple UI on top of public APIs. Ultimately, what you build is not what matters, so focus on the process of building. Once you’ve built a project, you can start modifying the tutorial project heavily for real-life use.

Developing good problem-solving skills is crucial to escape tutorial hell. Unless you’re a master problem-solver, watching tutorial after tutorial will never help you solve problems on your own. If you don’t practice thinking for yourself, you’ll spend hours watching tutorials and never get anywhere. Thankfully, there are many techniques you can use to break out of tutorial hell. Listed below are just a few: